My family threw a 50th birthday bash for my brother last weekend (and we're all still recovering)!
My dad was in charge of the meat and he did an amazing job with it.

He made a raised fire pit, using a grate we got for a previous pig roast. To one side he burned oak logs
until they were charcoal and then shoveled them to the other side under the grate. He put the meat on the grate and then covered it to smoke the meat. It was mostly pork and some chicken. 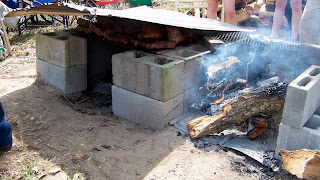 He also used these wonderful churrasco skewers he made, for the chicken. 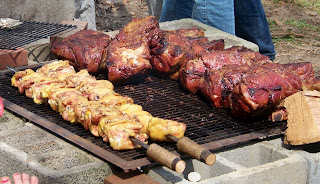 You can almost taste the wonderful smokey flavor just looking at it. 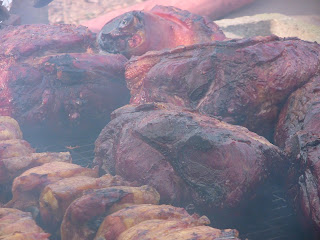 After many hours on the grill , the pork was chopped up and ready to serve on buns.

Everyone got to pick which  barbeque sauce they wanted to try. My dad made and named them all. 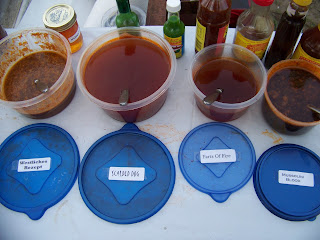 People brought sides and we had buns for the meat. 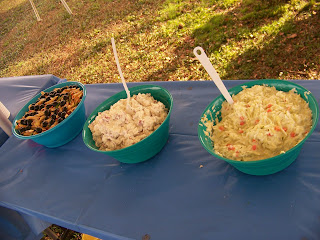 There was a keg of beer, lots of wine and we topped it off with a couple of brownie cakes I made.
There was some dancing involved and a great time was had by all!