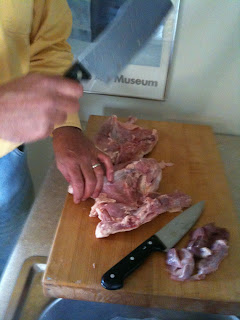 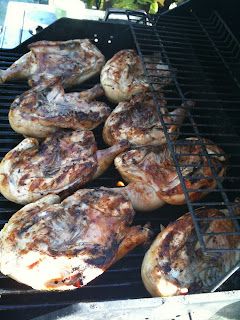 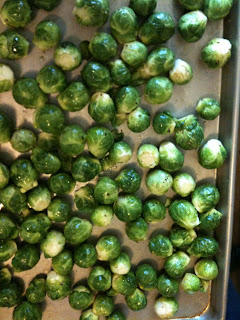 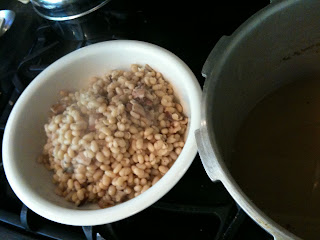 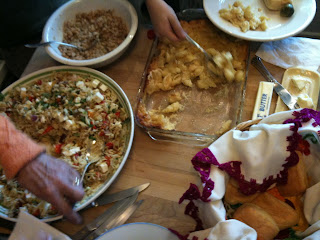 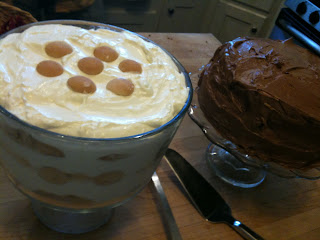 Then there was dessert!! I figured I needed to make two with so many people. First I made a good ole  chocolate buttercream cake which chocolate lovers always dig.
When we were in NYC over the summer a new Magnolia Bakery had opened near us. It's hard not to be charmed by the place, although the prices are a bit high. My daughter wanted to try the
"famous banana pudding" one night. We all tasted it and then I saw that they had the recipe in their newest cookbook. I was shocked to see it's made with jello pudding.I thought it would be pudding from scratch for sure. I've been looking for a time to try it and it was fantastic and so simple to make with vanilla jello pudding, nilla wafers, whipped cream and bananas.
Posted by Scott at 5:59 AM